I can’t believe today is finally here! I’ve been building up for this since like the beginning of January, not joking. Today is release day, for a novel I’ve been waiting to share with everyone and for an anthology with a story I am ridiculously proud of. Here’s the how and the why of what I think is some of my best work.

To start — the anthology 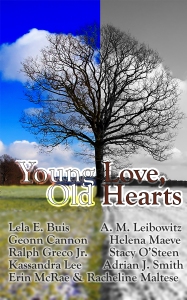 Hearts might have been a bit of my idea. I threw it out there for my publisher, and she loved it, so she made that the topic for one of her anthologies she’s doing this year. Then I had to write something. I don’t know if you know how hard it is to write a short story when you’re used to writing novels, but it’s damn hard. There’s a severe limitation in what can happen because of the lack of length.

A Blizzard’s Blow started as a simple romance, moving from one partner to another partner because it was just time to do that, finding love in an unexpected place and time, and going with the flow. That is not what it turned into. Most of you may know that, knowing me and my writing, I don’t really write straight (haha) romances.

So there’s a twist, one that was completely unexpected for me when I was writing it, and it seriously was on my mind for weeks afterward. It feels as though I hit the nail on the head with this one. Enough intrigue, enough foreshadowing, enough plot and character development. I’m absolutely in love with this short story. So check it out!

Everyone hears “He’s too young for you.” “She’s too old for you.” Not between these pages. This anthology crosses the age gap with nine enchanting stories of cross-generational relationships. Some are sweet, some are sexy, some are heartbreaking. One is downright murderous. The protagonists are gay men and women searching for true love or trying out what’s right in front of them.

Memoir in the Making started as a rebellion for me. I got really tired of reviewers telling me there was no romance in my novels. Most of the time, I didn’t intend there t 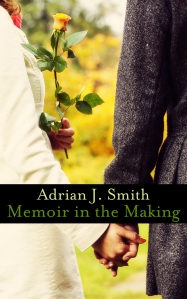 o be romance, so I guess it’s a compliment in that I accomplished what I set out to do. However, when people read the word “lesbian” or “F/F fiction” they ASSUME there’s romance in the story. I personally don’t think every novel has to be a romance novel, and I prefer a lot of plot in what I read.

Anyway, so I decided to write a pure romance novel to kind of say FU to those reviewers who said I don’t write romance. Writing a romance novel has always been on my mind, and I’ve started many throughout the years I’ve been writing. I don’t usually get beyond the first chapter because I, as the author, get bored. And if I, as the author, get bored, I have no doubt my readers will be bored.

But it was so different with Ainsley and Meredith. I wrote the first thousand words before bed one night in an utter rage and about fifteen minutes. Then I tried to go to bed and couldn’t get them out of my damn head! I came back the next day and decided, Okay, I’ll write this thing, and I’ll make it a short novella, 20k words max, and then I’ll submit it somewhere that accepts those. That was the plan. Then I started outlining, as I do. And the outline grew bigger and longer, and there were plot twists and character development and history and some damn awesome side characters.

I head desked it. Multiple times. Finally gave up trying to keep it at 20k words and let the novel flow as it needed to flow. Then I started writing. This was my November NaNoWriMo project even though I was supposed to be writing on Grace through Redemption. I wrote this novel in thirteen days. It flew out of me unexpectedly for sure.

Welcome to Memoir in the Making.

The first day of her junior year in college was supposed to go off without a hitch. But when Ainsley Jacobs sat in her memoir class with a professor she’d never had before, her life took an unexpected turn. She couldn’t get her well-dressed professor, Meredith Frenz, out of her head.

Meredith had lived a lonely yet comfortable life for the past fifteen years, and despite flings here and there, she had no desire to jump head first into a relationship, especially one with her student. Despite all her thwarted efforts, Meredith was determined to keep to herself and push Ainsley away.

Forbidden love is often the most attractive.