Jane expected six months undercover to be hard; she expected it to be lonely and bleak. She didn’t expect to find love.

Jane Butler, a CIA operative, is assigned the task of infiltrating the Xanthians and determining if they’re a threat to humanity. Going undercover as a Xanthian mate, she boards the transport ship and meets Usnavi—her new mate. After spending six days traveling through space, Jane is ecstatic to explore the Xanthian station and soon sets out to complete her mission. The only problem? Usnavi—and the feelings she is quickly developing.

Fumbling their way through varying sexual expectations, cooking catastrophes, and cultural differences, they soon discover life together is never boring. As Jane and Usnavi careen into a relationship neither of them expected, Jane uncovers dark secrets about the Xanthians and realizes she may no longer be safe. When it becomes clear she’s on her own, Jane is forced to trust and rely on Usnavi. Simultaneously struggling with her mission, her feelings for Usnavi, and homesickness, Jane faces questions she never imagined she would have to answer.

After chasing around puppies and corralling kittens, S.A. Snow flips open her BSG replicated console and enters her mysterious world of imagination. Seeking to escape the rigors of her day jobs, she enters flight mode and powers her engines full-speed ahead.

A prolific writer of non-traditional erotica, S.A. Snow grew up on a small alpaca farm high in the Andes Mountains. A lover of yoga and meditation, she spends her free time constructing alien space stations, organizing werewolf governments, and cataloging all episodes of Star Trek in order of technical soundness. A firm believer that one need not choose between Gene Roddenberry and George Lucas, she also has closely examines all Star Wars movies in order to determine which episode is more factually based.

S.A. Snow writes truth and only truth, factoring in all evidences she can find. She writes only about parallel universes she has personally visited, and believes if something about her books isn’t shocking, she’s not effectively telling the story. 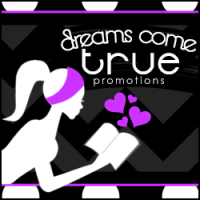 I'm an author, a writer, a theologian, a cat-lady, and a crazy person! I'm a mom, a spouse, a creative-jiver, and sometime musician. View all posts by AJ

One thought on “Across Worlds: Collision by S.A. Snow COVER REVEAL”