Welcome to Author’s Corner! I had a post lined up for this week, but unfortunately the author never got back to me. So…we’re going to have a bit of fun. I’m going to write up a guest post for you! I want to write about one of the reasons I publish and write lesbian characters.

That’s not exactly true though, not all my characters are lesbian. If you’ve read my series with James Matthews, I hope you inferred that Addison Lee is bisexual. Writing these characters actually has little to do with their sexuality. It wouldn’t bother me if Addy had ended up with Heath (well, I’ll be honest, I would have needed to have a sit down with her and yell a bit because he was one jackass), but if she’d ended up with a man, I couldn’t have cared less. Same with James—although James was certainly a lesbian.

The sexuality of the character doesn’t matter to me. It’s their personality. It’s the fact that the women I write are strong. They’re hard-headed sometimes, but they’re strong and independent. They don’t need a knight in shining armor, male or female. They needed to realize their own demons, to work through their own shit, and get through life, but a relationship is not going to make a difference in that and neither is their sexuality.

Why do I write lesbians? That should be a “no duh” answer at this point. It means I get two very strong women in one book! If they’re in a relationship, it means they’ll cause problems with each other, that everything won’t be so easy and hunky-dory for them. It means that strong women don’t need each other in the way that “traditional romances” happen. They aren’t all swoony and falling to the floor at a kiss.

It means they fight, argue, kiss and make up with each other. It means there’s tension but also an insurmountable amount of love. They might be in a lesbian relationship, but that’s not what makes them who they are.

And I like it that way. I like it when there’s a plot that keeps people guessing. One that keeps the story moving to a point where the reader (and subsequently this author) never wants it to stop. That’s exactly what I want, and I’m pretty sure I achieve that. I’m definitely better at achieving it now than I was when I first started writing.

So yes, I write in the LGBT et al category. I have lesbian, bisexual and even gender-shifting characters. But that’s not why I write it, and it’s not the first category I would choose. When describing my work, I always start with genres, Urban Fantasy and Crime/Mystery/Police Procedural. That’s what I write. So what if my characters are lesbian women? It doesn’t make the genre. It doesn’t make the characters who they are. They’re still cops and firefighters and witches and vampires and even jerks on occasion.

For by Grace will be released June 1, 2014 by Supposed Crimes, LLC. If you’re interested, you can pre-order the book at smashwords!

Being a Sheriff’s Deputy is not all about saving lives and arresting criminals, and each day Grace wonders if she’ll make it home.

While kids at the schools Deputy Grace Halling visits see her as the knight in blue-cotton armor, people involved in the cases she is dispatched to have a different opinion. She has every confidence in her ability to do her job and arrest criminals. She easily takes down a knife-wielding woman and a drunken combatant teenager without hesitation. Everyone—victim, suspect, or witness—has a story to tell or to lie about, and Grace is never perturbed by their tales.

That all changes when she looks down the barrel of a gun. She loses confidence in her ability as a deputy, she loses trust in herself and fellow officers, and she struggles to stay afloat as shift after shift passes. Grace cannot find her rhythm of being a deputy again. And when the Police Chaplain unexpectedly barges into her life, her personal and professional lives are flipped upside down. Grace struggles to find her even ground, worrying that the next time she stares a murderer in the face will be the last. 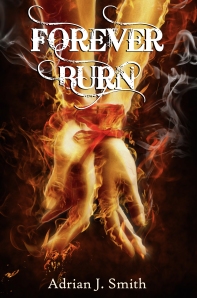 Firefighters are trained to keep calm in the face of extraordinary events, but James was never prepared for this.

Saving people is a regular practice in a firefighter’s line of work; it is not something extraordinary or unusual. Just routine. James has been trained to respond to emergency calls and what to do in difficult situations. For James, the most important part of her work is that she knows how to run into a burning building to save a life. She is a firefighter not for the glory and not for the honor. She is there to make a difference.

Working hard has always been a common practice for James, but when her secret significant other is pressuring her to solidify their relationship, tensions start to rise. James is being pushed into turning her life upside down and inside out. She can’t stop disturbing dreams about a little girl she saved from a house fire years prior. She struggles to find balance through the pressures and stressors of her daily life, but she still can’t shake the ill-fated feeling that something is wrong.

3 thoughts on “What’s in a genre? #authorcorner”