I’m so excited for this guest post today! It’s something that I’ve thought about multiple times, and I would like to add in one aspect that Tom does not mention. I think the scenario is slightly different for f/f books. Please read and comment on this fabulous post about the publishing industry and what it means to place your book into the LGBT category.

THE LOVE THAT DARE NOT WRITE ITS NAME?

When I was growing up, homosexuality was illegal. Most of the books discussed on this blog would have been considered obscene and publishing or owning them might well have exposed people to criminal action. Interestingly, some commentators consider that it is a passing reference to (heterosexual) sodomy in Lady Chatterley’s Lover that was one of the reasons for its prosecution.

Now, of course, we live in a more liberal and enlightened age. Anybody who wants to read about homosexual relationships will have no problems in finding books that cater for their interests. But I do wonder if we have, perhaps, not taken advantage of the hard-won freedoms of the gay community to make a more liberal publishing environment, but, rather, built a gay ghetto which is, in its way, as restrictive as anything that may have preceded it.

When I set out to write my first novel, The White Rajah, I was not planning to write a “gay book”. I was writing about real historical character, James Brooke, the eponymous White Rajah. I think there is little doubt that he was inclined toward his own sex, though it’s not clear, in those days, whether he had an active sex life. I wanted the reader to be able to see Brooke through the eyes of someone who travels with him and shares his adventures. I therefore invented a lover for him, and it is John Williamson who tells his story.

As I wrote, the relationship between John Williamson and James Brooke became more important to the novel than I had 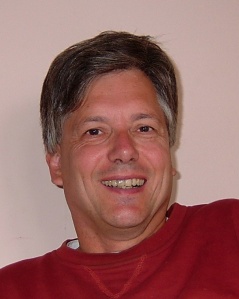 expected, and I ended up with what I thought of as quite a powerful love story at the heart of what is, in the end, an otherwise straightforward historical novel.

Against all the odds, The White Rajah was represented by a very reputable agent who pitched it to four leading publishers. All of them rejected it. The consensus seemed to be that it was “too difficult” for a first novel by an unknown writer. Now that could be that, being a first novel, it just wasn’t that well-written. As it’s a first person account by a mid-19th century writer, it certainly uses longer sentences and a more challenging vocabulary than a lot of modern novels. But I couldn’t help feeling that part of the problem was that there is a distinct absence of female characters but there’s still sex.

I decided that I would like to see the book published before my dotage, so I sent it to JMS Books, who specialise in LGBT titles. They took it straight away, for which I remain very grateful. The trouble is that it is now seen as an LGBT book. Unfortunately it fails to satisfy a lot of LGBT readers, who complain that it does not have enough explicit sex scenes in it. Straight readers, on the other hand, seem much more interested in the sexual orientation of James Brooke than in any of his quite significant historical achievements.

What nobody seems happy with is the idea that you can write about somebody who has adventures, achieves quite remarkable things in his life, and has a satisfying romantic relationship, but who just happens to be gay. For both straight and gay readers, the sexual orientation of the main character becomes the point of the book.

I find this quite remarkable. Living in 21st-century London, I accept that I will have friends and colleagues with a diversity of sexual orientations. My favourite comedy club was a gay comedy club, but that didn’t mean that the audience was exclusively homosexual or that the jokes all related to gender issues. I like drinking in a gay bar, because the ambience is more civilised than a lot of other bars and they sell the drinks I enjoy. When I first went in there, I was worried that I might not be welcome, but they are as happy to serve straights as gays and it’s simply a very successful town-centre watering hole. If I’m out dancing, some couples embracing on the dance floor will not be the conventional male-female pairing. I was talking to a gay friend about this and he said that a few years ago straight men would be uncomfortable dancing with other men, but this has become so normal that it is no longer an issue for most people.

It goes without saying that, particularly as I used to work in a “creative” industry, many of my colleagues were gay, although the business was a very mainstream publisher.

So when I work, drink, or socialise the sexual orientation of the people I am working, drinking, laughing or dancing with does not define what I am doing. Yet when I am reading, it seems that it does. I am either reading a “gay book” for gay people, which has to emphasise gay sexual behaviour or I am reading a “straight book” (or “book”) where everyone seems much happier if nobody is gay at all. (Often there’s a minor character who’s gay, so everyone else can demonstrate how liberal they are.) The distinction is particularly ironic as many of the writers of M/M fiction are heterosexual women, as are many of its readers.

It’s not just my personal paranoia. I was delighted when Foyles (one of London’s most prestigious bookshops) stocked my titles, but I was surprised to see that they were shelved in a department dedicated to GLBT literature.

Obviously, it’s a good thing that, after centuries of repression, gay people can write and read books that cater for them. A gay press was an essential part of the battle for equality. But is it still the best way forward? Or have gay readers and writers created a ghetto that is itself discriminatory and a sort of repression, all the more damaging for being self-inflicted?

Invalided out of the East India Company’s army, James Brooke looks for adventure in the South China Seas. When the Sultan of Borneo asks him to help suppress a rebellion, Brooke joins the war to improve his chances of successful trading. Instead, he finds himself rewarded with his own country.

Determined to be an enlightened ruler who brings peace and prosperity to his people, James settles with his lover in their new Eden. But piracy, racial conflict and court plotting conspire to destroy all that he has achieved. Driven from his home and a fugitive in the land that he had once ruled, James is forced to take extreme measures to drive out his enemies.

‘The White Rajah’ is the story of a man fighting for his life, who has to choose between his beliefs and the chance of victory. Based on a true story, Brooke’s battle is a tale of adventure set against the background of a jungle world of extraordinary beauty and terrible savagery. Told through the eyes of the man who loves him and shares his dream, this is a tale of love and loss from a 19th century world that still speaks directly to us today.

After his time in Borneo with James Brooke (The White Rajah), John Williamson has travelled to India. Working for the East India Company in Cawnpore, he struggles to fit in: a gay man in a straight society; a farm labourer’s son in a world of gentleman’s clubs and refined dinner parties; a European adrift in an alien land. But he finds he is good at his job, overseeing a colonial administration that has been running the country for a hundred years. He falls in love with the country and, in particular, with a young nobleman in the court of the local lord. Successful at work and happy with his lover, he thinks he can finally meet life on his own terms. Then the Indian troops rise in mutiny and the country is plunged into war. With the British Raj teetering on the edge of destruction and Cawnpore a by-word for horror across the Empire, Williamson has to choose whose side he is really on.

In this sequel to The White Rajah, we again see Williamson caught up in real historical events, which provide a thrilling background to his own story. Williamson meets some of the key figures at a crucial point in British history and witnesses events which shocked the world and shaped the future of British India.

Have you ever noticed how many authors are described as ‘reclusive’? I have a lot of sympathy for them. My feeling is that authors generally like to hide at home with their laptops or their quill pens and write stuff. If they enjoyed being in the public eye, they’d be stand-up comics or pop stars.

Nowadays, though, writers are told that their audiences want to be able to relate to them as people. I’m not entirely sure about that. If you knew me, you might not want to relate to me at all. But here in hyperspace I apparently have to tell you that I’m young and good looking and live somewhere exciting with a beautiful partner, a son who is a brain surgeon and a daughter who is a swimwear model. Then you’ll buy my book.

Unfortunately, that’s not quite true. I’m older than you can possibly imagine. (Certainly older than I ever imagined until I suddenly woke up and realised that age had snuck up on me.) I live in Richmond, which is nice and on the outskirts of London which is a truly amazing city to live in. My wife is beautiful but, more importantly, she’s a lawyer, which is handy because a household with a writer in it always needs someone who can earn decent money. My son has left home and we never got round to the daughter.

I street skate and ski and can dance a mean Argentine tango. Mostly, though, I spend my time being reclusive. Can I go back to that now?